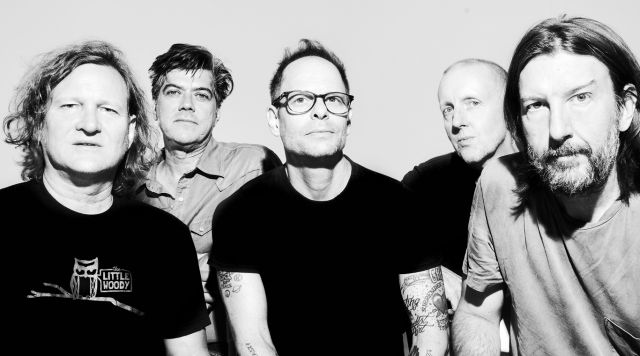 Date:
Location:
Kansas Star Arena
Cost:
Tickets from $30 plus taxes and convenience fees
Buy Tickets(Opens in a new window)
The Gin Blossoms concert that was originally scheduled to take place at the Kansas Star Arena on Friday, September 24, 2021 has been re-scheduled to Saturday, April 2, 2022.

Best known for their jangle-pop sound, Gin Blossoms has left their mark on the indie rock music scene. The Grammy-nominated band’s fusion of melodic rock, pop, folk and country elements has helped pave the way for today’s modern rock.

Gin Blossoms rose to fame in the late ‘80s, and released a five-time platinum breakthrough album, “New Miserable Experience,” featuring the songs “Until I Fall Away,” “Found Out About You,” “Hey Jealousy” and “Allison Road.” The hit tracks were followed by the platinum “Empire Records” album and the record’s No. 1 song, “Til I Hear It From You.” In 1996, the singles “Follow You Down” and “As Long As It Matters,” hit the radio again in a huge way, making their “Congratulations I’m Sorry” record another platinum success. Their latest release from 2018, “Mixed Reality,” shares that same timeless feel, packed with 15 songs.
Doors open at 7 p.m. and the show begins at 8 p.m. Tickets on-sale now. Tickets start at $30 and can be purchased at www.kansasstarcasino.com/entertain/arena. This is an all-ages show. For more information on Gin Blossoms, visit www.ginblossoms.net.
Gin Blossoms - Rescheduled to April 2, 2022 Website(Opens in a new window)
Entertainment schedule subject to change without notice.This is an all ages event. Children younger than two (2) years of age do not require a ticket if held on the lap of an accompanying adult.
Events
Kansas Star Arena • 777 Kansas Star Drive • Mulvane, KS • 316-719-5000
All casino games owned and operated by the Kansas Lottery. Persons enrolled in the Kansas Voluntary Exclusion Program and persons under the age of 21 may attend events held in the Kansas Star Arena and Kansas Star Event Center, but are prohibited from entering the gaming floor.