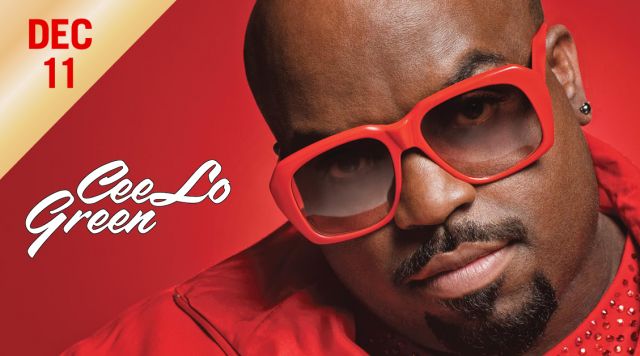 CeeLo Green is a five-time Grammy Award-winning singer-songwriter-producer, television personality, actor, entrepreneur, and a pop culture and fashion icon. In 2011, CeeLo Green received five Grammy Award nominations for his worldwide hit “Forget You,” winning the category for “Best Urban/Alternative Performance.” The single is certified gold in the United States and Denmark, and achieved platinum status in Canada, New Zealand and the U.K., and multi-platinum status in Australia.

In 2015, CeeLo Green released his most recent solo album “Heart Blanche,” featuring the singles “Robin Williams,” “Sign of the Times,” “Music To My Soul” and “Work.” He also reunited with his original rap group, Goodie Mob, after a 15-year hiatus to release a new album titled “Age Against the Machine” in August 2013. Additionally, in October 2012, CeeLo Green released his holiday album “CeeLo’s Magic Moment,” which includes the single “All I Need is Love,” featuring The Muppets, and the album was nominated for a 2014 Grammy Award.

The show begins at 8 p.m. Tickets on sale now. Tickets start at $27 and can be purchased at www.kansasstarcasino.com/entertain/arena. For more information on CeeLo Green, visit www.ceelogreen.com.

Facebook
Entertainment schedule subject to change without notice. This is an all ages event. Children younger than two (2) years of age do not require a ticket if held on the lap of an accompanying adult.
Events
Kansas Star Arena • 777 Kansas Star Drive • Mulvane, KS • 316-719-5000
All casino games owned and operated by the Kansas Lottery. Persons enrolled in the Kansas Voluntary Exclusion Program and persons under the age of 21 may attend events held in the Kansas Star Arena and Kansas Star Event Center, but are prohibited from entering the gaming floor.