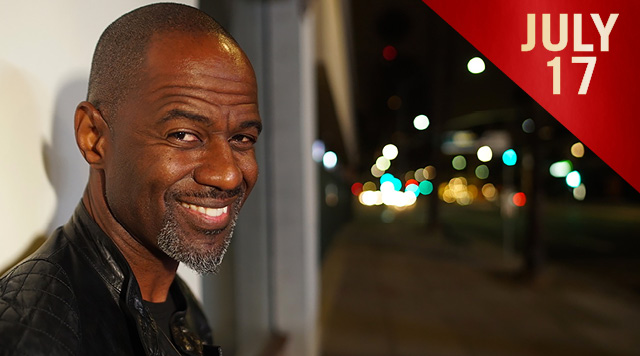 Location:
Kansas Star Arena
Cost:
Tickets from $30 plus taxes and convenience fees
This event has been postponed, we apologize for any inconvenience. Please check back for updates.

McKnight began his musical career at the age of 19 when he signed his first recording deal with Mercury Records subsidiary, Wing Records. His self-titled debut album dropped in 1992, featuring the Top-20 hit “One Last Cry.” In 1999, he released his most notable album to date, “Back At One,” which went on to sell more than three million copies.
Throughout his career, McKnight has gained international and domestic recognition, earning himself a spot in music history. McKnight has released 19 albums to date over the past twenty-five years, selling over 30 million albums worldwide.
McKnight has enjoyed success outside of the world of music, having starred in the Broadway production of “Chicago,” and used his vast industry knowledge as a red-carpet host for Extra TV.

Brian McKnight - JULY 17, 2020 [POSTPONED] Website
Entertainment schedule subject to change without notice. This is an all ages event. Children under the age of two (2) years of age do not require a ticket if held on the lap of an accompanying adult.
Events
Kansas Star Arena • 777 Kansas Star Drive • Mulvane, KS • 316-719-5000
All casino games owned and operated by the Kansas Lottery. Persons enrolled in the Kansas Voluntary Exclusion Program and persons under the age of 21 may attend events held in the Kansas Star Arena and Kansas Star Event Center, but are prohibited from entering the gaming floor.